On 20.06.2019 the European Humanist Federation invited the Atheist Refugee Relief to the EU Parliament to a meeting with the headline “Are you a true humanist”. Together with two other humanistic organisations (humanism.org.uk and humanistischverbond.nl) we were able to point out the special situation of non-religious refugees. Representatives of the Dutch government and the European EASO were also present. 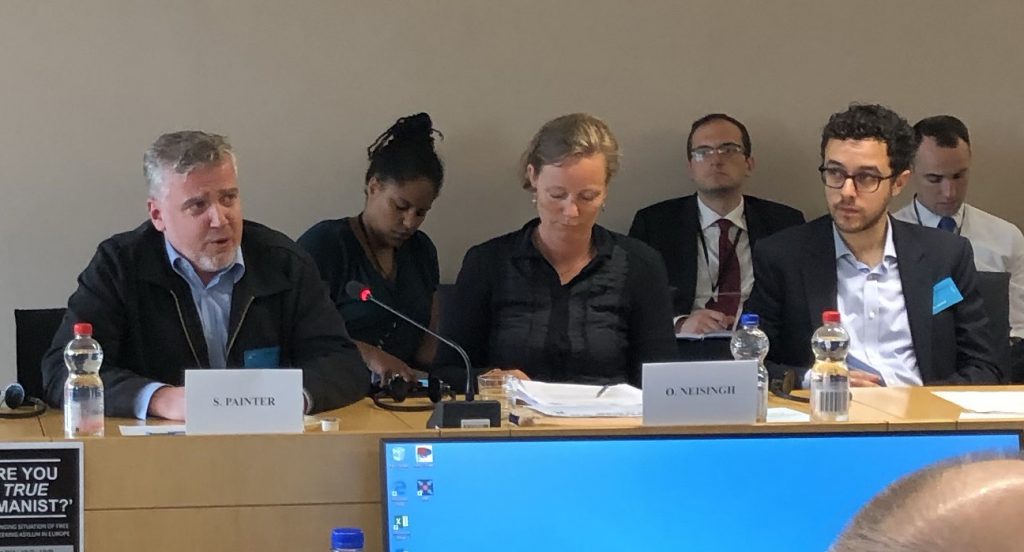 The Atheist Refugee Relief described the special situation of atheists with a muslim background seeking asylum in Germany. Stefan Paintner illustrated by examples the methods how critics in Europe are silenced very effectively, like the shadowing of Saudi refugees by Saudi authorities or the activities of islamic shiite militia (e.g. the biker gang “Al Salam 313”, which was recently brought into focus by the police with a large-scale raid). Only very few people dared to speak under these circumstances and they needed special protection.

Furthermore, he also made concrete demands regarding the procedure. For example, a trusted person of the refugee should be allowed to be present during the asylum interview in order to check the correct communication of what has been said. It had often been the case that essential contents of the asylum interviews had not been translated correctly or left out completely. Furthermore, the residence restriction imposed on non-religious asylum seekers in Germany should be dropped completely, as this would greatly increase the safety of those affected.