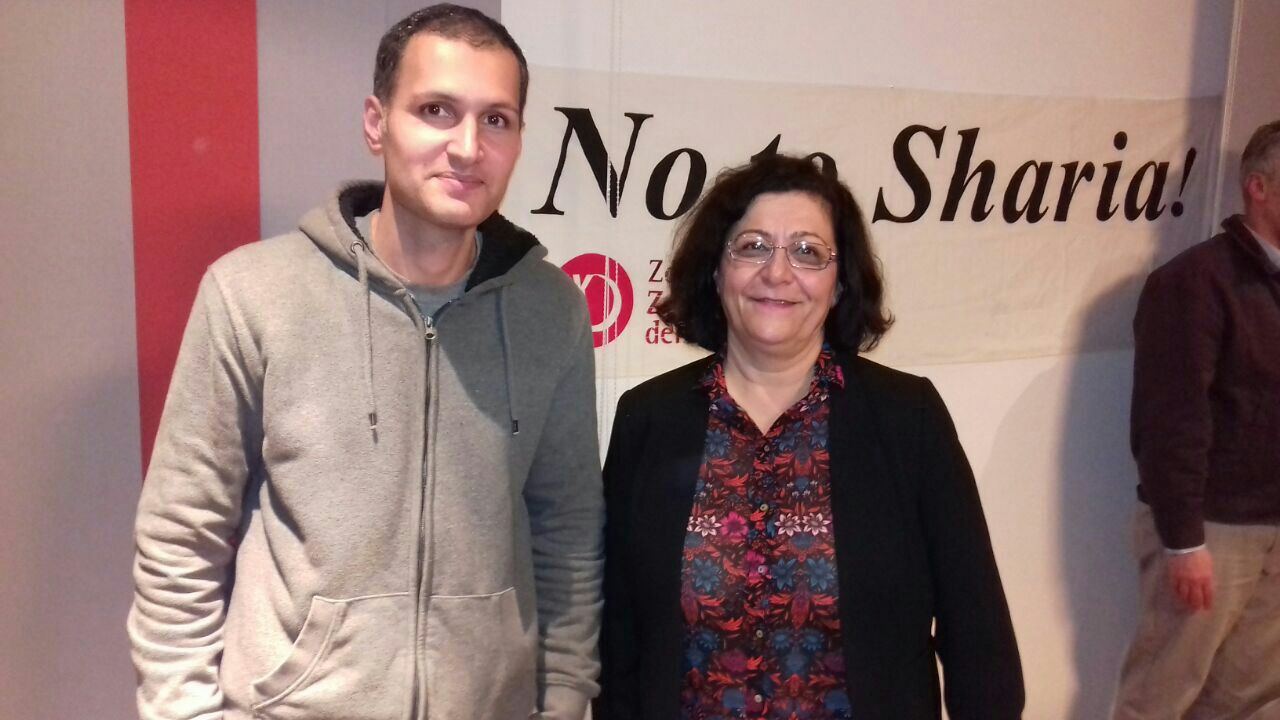 Hamesd Rastkerdar from Iran, who has been living in Germany since 2015, unfortunately received a negative decision for his asylum application in August 2017. Since he had a muslim translator in the interview, the essential point that he is an atheist was not recorded in the protocol. Mr. Rastkerdar was active in Iran in a student group that had asked critical questions about Islam and distributed leaflets. When the first of his friends was arrested, Mr. Rastkerdar fled to Germany, because in Iran the death penalty can be imposed on apostasy. In Germany he was also very active in the Council of Ex-Muslims.

If he were deported, it would be probable that he would be executed in Iran because of his open commitment to atheism. This is why the Atheist Refugee Relief is committed to ensuring that he is recognised as an asylum seeker in Germany!

As part of the “Humanist Salon”, a lecture will be held at the “Salon des Amateurs” with a subsequent discussion on work, self-image and the need for an Atheist Refugee Relief. 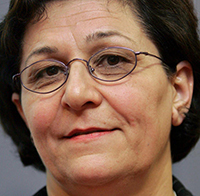 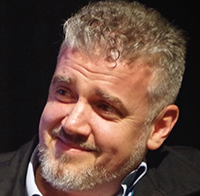 END_OF_DOCUMENT_TOKEN_TO_BE_REPLACED

Aydin Babazadeh, one of the men who was part of a demonstration against religion two years ago in Iran, fled to Germany when one of his friends was arrested. He now wants to apply for asylum as an atheist. In Iran apostasy (leaving the religion) has the death penalty.

END_OF_DOCUMENT_TOKEN_TO_BE_REPLACED 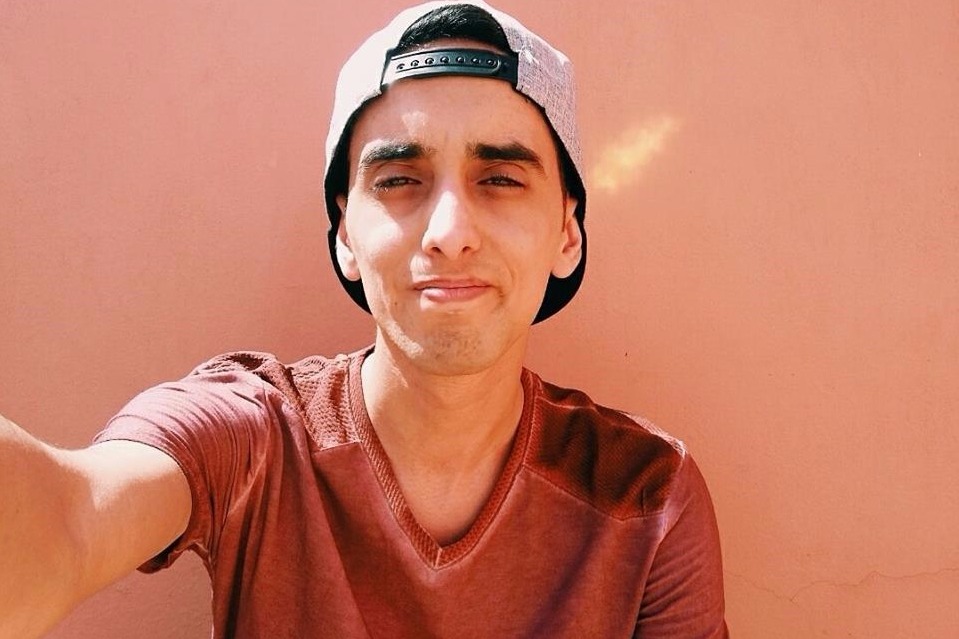 Anas Zakiri, an young man from the LGBT community who fled Marocco, is stuck in Turkey and needs support. He is an atheist and is looking for a way to live a free life. He’s in financial trouble right now. If you would like to support him, please follow this link:

END_OF_DOCUMENT_TOKEN_TO_BE_REPLACED

The Giordano Bruno Foundation supports the Atheist Refugee Relief with a donation of more than 10.000 euros. The money is needed to continue the social and political work. 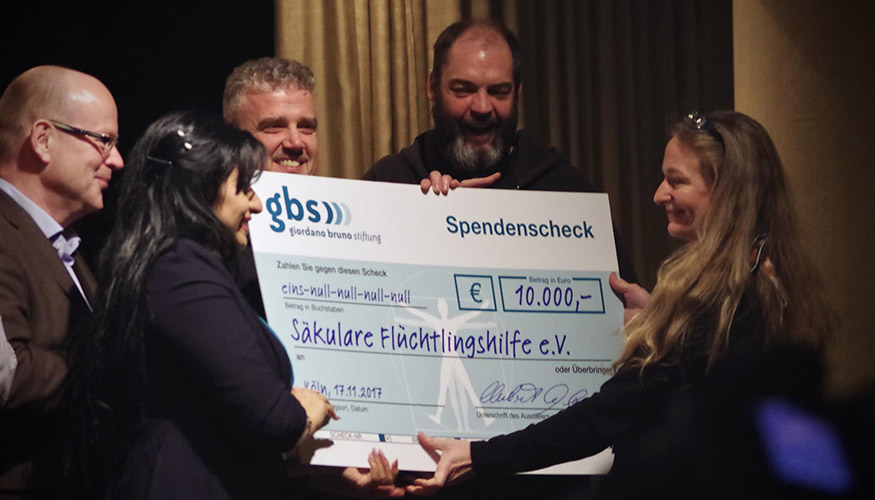 The Atheist Refugee Relief was presented to the public as part of the celebrations for the 10th anniversary of the Council of Ex-Muslims on November 17th, 2017 at the Maritim Hotel in Cologne. Michael Schmidt-Salomon interviewed Rana Ahmad, Mina Ahadi and Stefan Paintner about the beginnings and goals and tasks of the newly founded organization. 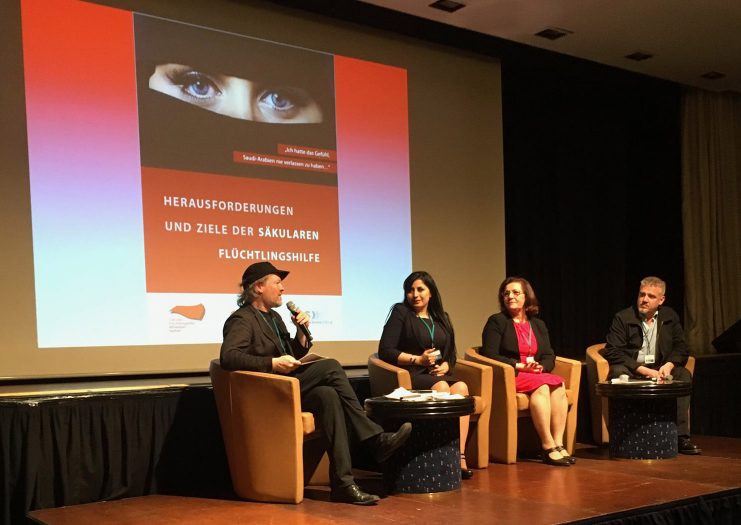 Atheistic refugees are a particular group of people looking for shelter. Most of them are very active, politically thinking people who oppose the dogmatic ideology of the dominant religion of their home countries. Since there are supporters of fundamental interpretations of religions worldwide, they are never really safe from persecution – even here, in Germany.

We offer these refugees appropriate care, as many people who have also fled from the religious constraints of their home countries work with us.