“It was 21th of October 2015 and I was coming back to home from Military Service Training Center as always where in the middle of the way, I have been arrested by Iranian Intelligence Organization (Sepah) in order to send me to Central Prison of Arak. After long torturing and interrogation under severe pressure, they forced me to confess to my actions and they sentenced me for death penalty.”

This is the story of Sina Dehghan, an Iranian citizen, who has been accused of what is called blasphemy. His problems with Iranian Islamic Regime starts when he decides to create a channel in Line, a freeware app, for writing his ideas against Islam and criticizing Quran. Now, he is waiting for the controversial and false and inhuman punishment of death penalty at the hands of Injustice.

This is just one of many cases of Ex-Muslim Iranians who risked their lives expressing their ideas, people who were born Muslims, but subsequently left the Islamic religion. Although their numbers have increased in recent years, they nevertheless still face ostracism or retaliation from their families and communities due to their beliefs about apostasy in Islam.

END_OF_DOCUMENT_TOKEN_TO_BE_REPLACED

Due to the lockdown, we unfortunately had to interrupt our activities in the Atheist Refugee Relief here in Stuttgart. In cooperation with the lpb we had planned the book presentation “Frauen dürfen hier nicht träumen – mein Ausbruch aus Saudi-Arabien” (Women must not dream here – my escape from Saudi Arabia). The presentation was to be held with the author Rana Ahmad, co-founder of the Atheist Refugee Relief e.V. together with our representation here in Stuttgart. We were naturally disappointed that the project now had to be postponed until 2021. Although we kept in touch with our individual members via WhatsApp at that time and also held a video conference, it was clear to us that the group had the desire to meet again “analogue”. Since the group is spread over Ludwigsburg and Stuttgart from Bad-Wimpfen to Esslingen, the need to meet is great.

END_OF_DOCUMENT_TOKEN_TO_BE_REPLACED

A guest article by Muhammad Ajeef

I was born in Pakistan on May 9, 1989 to Muslim parents. My father named me Muhammad Ajeef, after the Prophet Mohammed. It was also a sign of devotion to Islam. But I was never part of this religion. How could anyone believe in a God that no man has ever seen. And how could I believe a prophet Muhammad who, after a solitary meditation in a cave, claimed to be the prophet of this invisible God. Actually, my place would have been in an atheistic family, but who can choose where he is born into. So I became the hunted, although I had not committed any crime. Actually, everyone has the right to freely determine his life, but not in a country like Pakistan, which was founded as an Islamic state and where Muslims make up 97% of the population. Although the white stripe in the Pakistani flag is supposed to symbolize these minorities and the legislation is supposed to be just, in reality it looks different. The public attitude does not correspond to this ideal in any way.

END_OF_DOCUMENT_TOKEN_TO_BE_REPLACED

Hammoki fled from Iraq to Germany in 2015 and was granted refugee status in 2020. We asked him about his history.

Hammoki, for what reasons did you flee your home country?

Since I am an atheist, my life was in danger. I had to expect to be killed.

How did it come about that you became an atheist?

I come from a liberal family belonging to an old Bedouin tribe. However, my parents have become more and more religious over the years. As a child and teenager I was forced to visit the mosque and observe the Holy Month and Ramadan. Then I began to deal more intensively with questions of faith, and more and more critical questions came to me. After careful consideration, I decided at the age of 18 to turn away from Islam for good. The ubiquitous violence, the lack of freedom, the lack of critical faculties, the entanglement with the state, the understanding of marriage and the strict rules in general have deeply deterred me. I also found no answers to existential questions in Islam as well as in all other religions. For me, facts, realities and science became the basis of my thinking. The poet and freethinker Abu l-Ala al-Ma`arri, who lived 1000 years ago, the author and critic of religion Abdullah al-Qasemi and the social scientist Ali Al-Wardi became sources of inspiration for me.

How was your atheism discovered, how did the threatening situation arise?

END_OF_DOCUMENT_TOKEN_TO_BE_REPLACED

Webinar about the situation and persecution of atheists in Nigeria and the case Mubarak Bala. Nigerian activist Dr. Leo Igwe in conversation with Dr. Felix Riedel.

END_OF_DOCUMENT_TOKEN_TO_BE_REPLACED

On 23 May 2020, Mahmudul Haque Munshi was unanimously elected as a new member of the board of directors at the general meeting of the Secular Refugee Aid Association. Munshi had fled to Germany in the autumn of 2015 after he was threatened as a religion-free and Islam-critical blogger in Bangladesh and survived assassination attempts, but lost several of his friends who were hacked to death with machetes in the street. The association’s board now consists of Rana Ahmad, Mahmudul Haque Munshi and Stefan Paintner. The non-profit association is thus a migrants’ self-organisation (MSO).

END_OF_DOCUMENT_TOKEN_TO_BE_REPLACED

Registration is free! Please send an email to
event@atheist-refugees.com

END_OF_DOCUMENT_TOKEN_TO_BE_REPLACED

Authorities in the Islamic Republic of Mauritania began a large-scale wave of detentions of human rights defenders two months ago.

As a result of these measures, twelve people were arrested, including journalists, writers and human rights activists such as Cheikh Nouh, Emine Houd, Mekfoula Ibrahim and Mini Ibrahim. During the investigations by the national security authorities, the accused were placed in solitary confinement for several days. Nine of the accused were allowed to leave prison after this time under judicial conditions. They are not allowed to leave the country.

END_OF_DOCUMENT_TOKEN_TO_BE_REPLACED 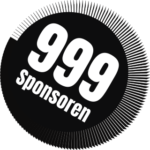